Please welcome our latest member, Wayne Ashworth, aka Evarcha, as a pixelartist!

Wayne was featured in our latest demo “Retrovision”. 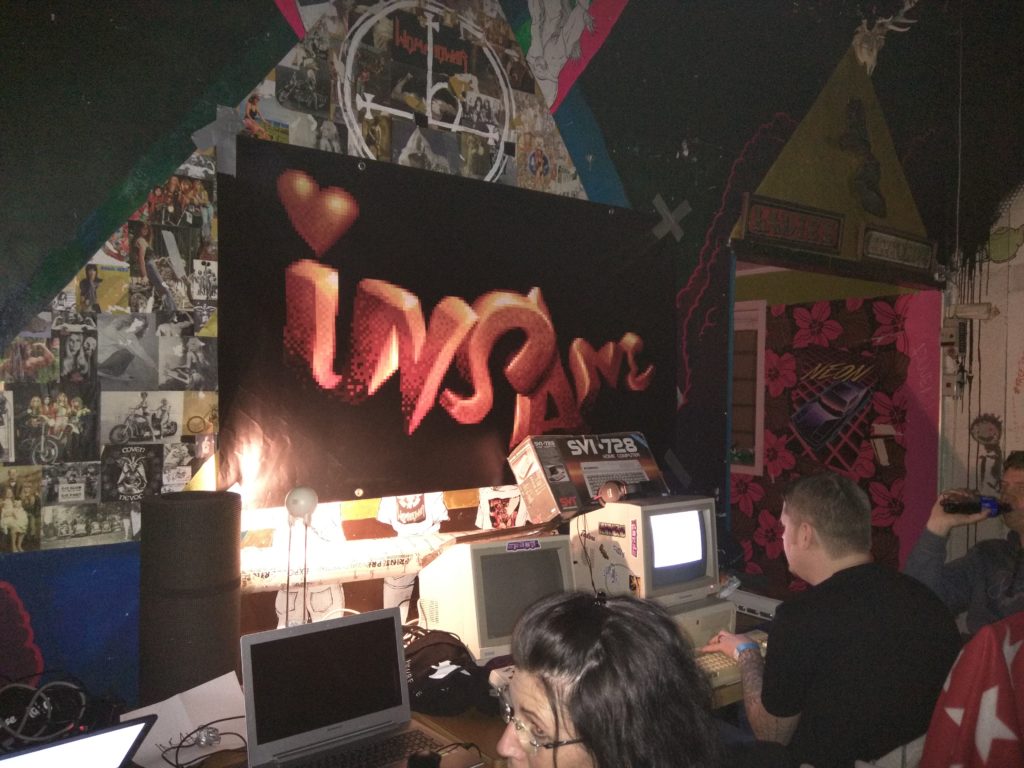 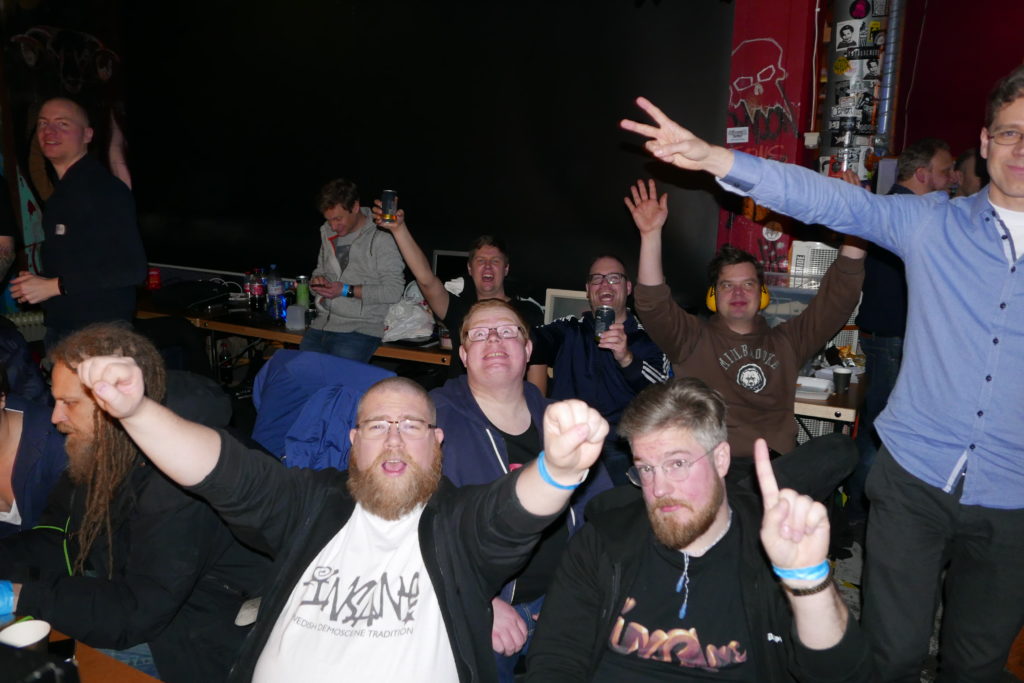 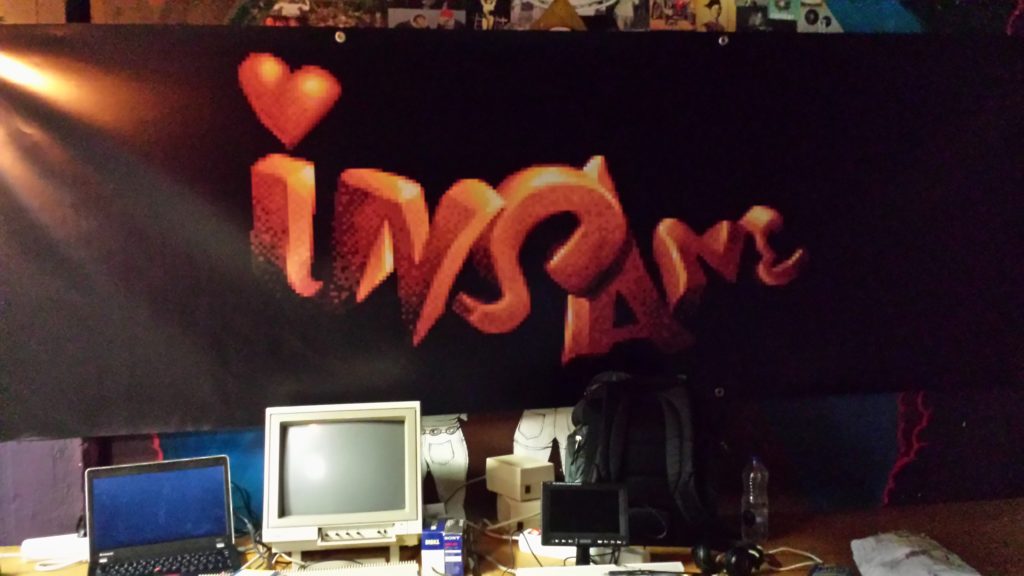 1 week left until Datastorm 2017 and we can’t wait for what will be an awesome party!

We will turn up with a BIG posse! 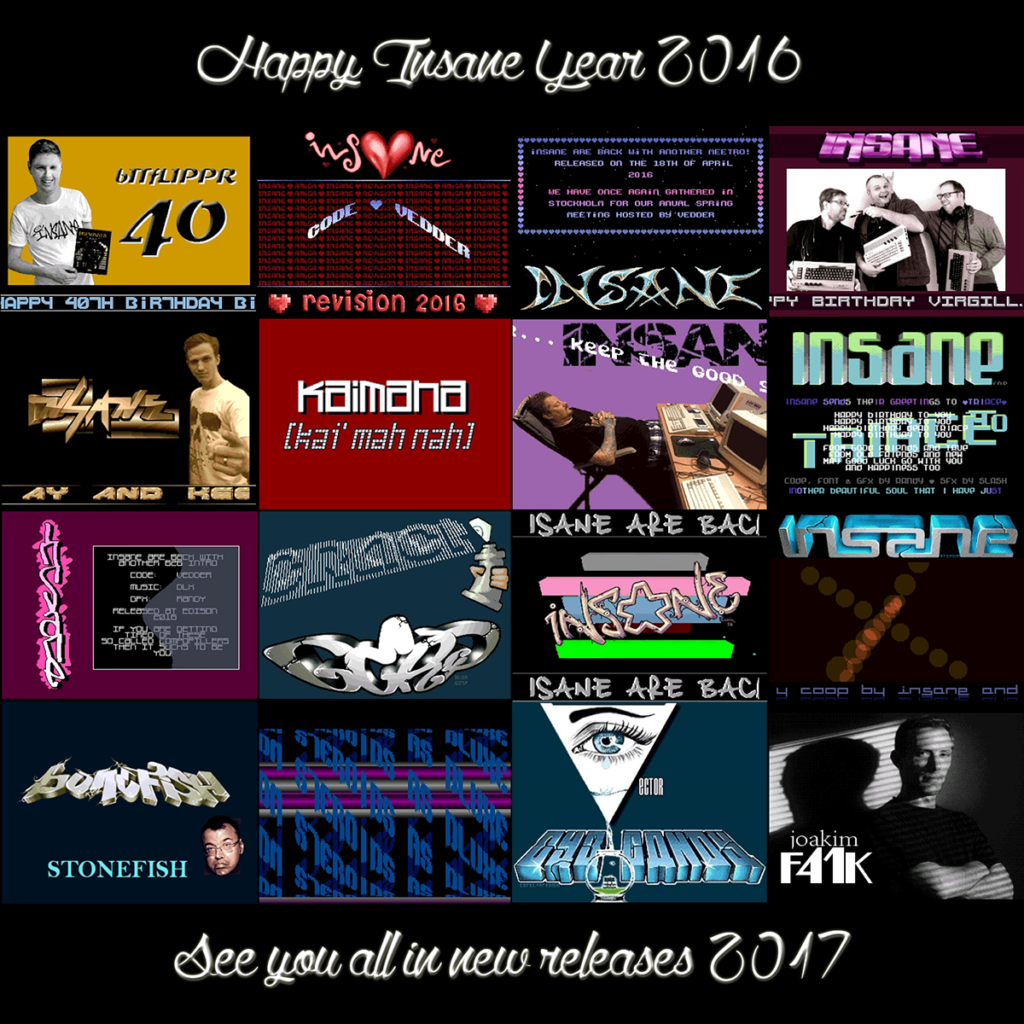 We are happy to announce that Origo is back in iNSANE again. Welcome home.

This years Compusphere was located in the middle of Gothenburg and hosted as usual by Gemini, Corel, Bitflippr and Orbiter. Last years Compusphere GAG was a small very cozy party and this year was no exeption. This time it was hosted in a office building and personally I thought it was perfect. There was a main hall with big screen where everyone could sit and be productive. The conference rooms were used for Movie showing and seminars. There were a ping pong table where you could get your sport on and a retropie corner where you could play some games. … Continue reading →

We released a small party prod together with Bifat from The Electronic Knights at Deadline 2016 yesterday.

What a great party! As usual I should add.

Yes, Gerp 2016 was just as fun as last year. iNSANE were there in numbers, again!. We were 9 old farts there, Vedder, Slash, Randy, dLx, Mygg, Corpsicle, Alpaidus, Bjoppen and Bitflippr. All having a great time.

Some highlights from the compos:

4th place, Alpaidus (All those years)

4th place, Vedder (Once upon a doskpop)

10th place, Slash (Song for Malmix, made at the party as a compofiller)

Big thanks to Malmix and Esau and all the other organizers who made Gerp 2016 such an enjoyable experience!

I have made Bjoppen my copilot for this smooth-sailing ship called iNSANE! He is a very down to earth kind of guy with a lot of enthusiasm and ideas. Welcome aboard Bjoppen!

Invitation intro for Gerp 2016 by iNSANE.