This years Compusphere was located in the middle of Gothenburg and hosted as usual by Gemini, Corel, Bitflippr and Orbiter. Last years Compusphere GAG was a small very cozy party and this year was no exeption. This time it was hosted in a office building and personally I thought it was perfect. There was a main hall with big screen where everyone could sit and be productive. The conference rooms were used for Movie showing and seminars. There were a ping pong table where you could get your sport on and a retropie corner where you could play some games. To top it off, at night Bitflippr turned into Dogflippr and fired up the grill to help starving demosceners get some hotdogs on the roof. Super appreciated and a welcome tradition.

This party was going to be special for several reasons. First, this was Magnus first demoparty in over 20 years. Second, we had not only 1 but 2 demos for the democompo. Both coded by Magnus. Third, dLuxe was going to enter a music compo with a SID for the first time. Four, Bjoppen was going to take his music compo virginity.

And it did turn out pretty well of us.

Our demos did end up at 1st and 2nd place. Some may argue that they were the only demos in the compo but let’s not dwell on that.

Me (Vedder) and Bjoppen ended up at 3rd place with our Amiga chip in the Amiga chip compo.

And Finaly, Magnus did have a very good time and says this was not his last demoparty. Better start on that next demo now Magnus!

Plus, Mygg sent in a remote mod and won the Amiga 4 channel music compo. Bjoppen finished third in the fast music compo and Bonefish, Premium with the help of Dascon sent in a compofiller Amiga intro under the Paradise label to support the party.

We met all the usual suspects, some new and some long missed and we had a great time! We will be back next year again for sure. Now, see you all at Datastorm! 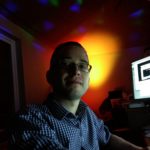 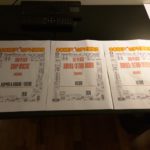 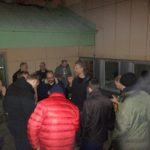 Hotdogs on the roof 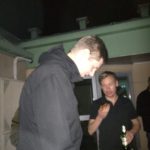 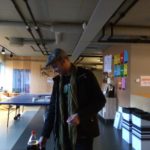 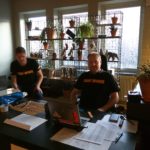 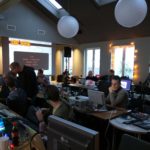 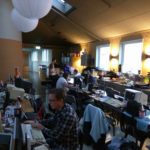 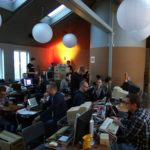 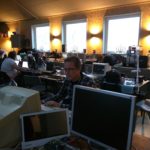 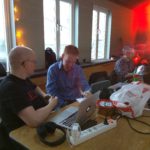 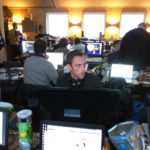